The CGM maker needs to update software for the product, pushing back the FDA’s decision and eventual U.S. release. 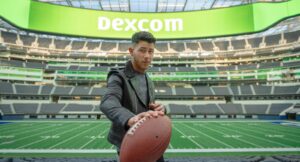 Dexcom’s stock fell Friday morning following the announcement that clearance for the much-anticipated G7 continuous glucose monitoring system will be delayed until late 2022.

CEO Kevin Sayer said during a Thursday after-market earnings call that the company is updating software for its newest CGM after questions came up in the Food and Drug Administration’s review. Sayer said that the company now expects an FDA decision and limited release “later this year,” delaying a larger release of the product until 2023.

The software revisions are related to the management of the alerts and alarms in the system for the U.S. mobile application, according to Sayer.

“We decided the best option at this time was to revise the software and file it differently, and we have added a few other features to it as well based on our discussions with [the FDA,]” the CEO said. “We’re in the middle of revising the software for that and have to run it through the complete validation and verification process and resubmit [the application.]”

On an April earnings call, Sayer told investors that there were no “showstoppers” in the FDA’s review and there would be a meaningful launch of the G7 in 2022.

Also in April, JPMorgan analysts wrote that the G7 would likely be the medtech industry’s biggest release of the year, noting its smaller size, ease of use and better mobile application interface. Dexcom has touted the G7’s ability to power up in 30 minutes, compared with about an hour for other CGM brands.

Dexcom pushed back the European release of the G7 throughout the second half of 2021 and into the early part of 2022 due to regulatory delays. The product eventually received a CE mark in March.

The delay of the anticipated diabetes technology product overshadowed the company’s second quarter results. Dexcom grew revenue last quarter by 17% compared to 2021, and Sayer said that the quarter had a record number of new user starts.

JPMorgan wrote in a Thursday note that overall sales came in slightly below Wall Street expectations, but the analysts did point to the company’s strong international sales and new patient additions.

William Blair analysts wrote in a Friday note that while the G7 is delayed, the company is already in conversations “with payers regarding reimbursement for G7, suggesting that reimbursement could come soon after approval, which should allow [Dexcom] to launch faster and wider, with more patients having access.”

Dexcom’s delay comes as rival Abbott Laboratories is preparing for a U.S. launch for its newest CGM product, the FreeStyle Libre 3.

Abbott CEO Robert Ford said on a July 20 earnings call that the U.S. launch process is underway, but it will be gradual. Ford told investors that the company is working on getting contracts with suppliers and insurers, building inventory and familiarizing physicians become with the new product.

Total FreeStyle Libre sales grew by nearly 19% in the second quarter to $1.1 billion. Ford said the company expects to maintain a 30% to 40% sales growth rate in the U.S., even without Libre 3 yet on the market.