Like many CDMOs these days, Thermo Fisher has been making a gung-ho push into cell and gene therapy. Now, it’s partnered with one of the top 10 global R&D institutes to set up an end-to-end cell therapy development and manufacturing plant in California. 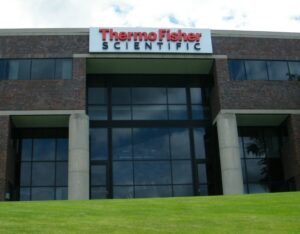 Thermo Fisher is teaming up with the University of California, San Francisco (UCSF) to build and run a 44,000-square-foot cell therapy development, manufacturing and collaboration center on the school’s Mission Bay campus.

The site will be equipped for both clinical and commercial production and will offer technology development support to UCSF researchers and industry partners of all sizes, from emerging biotechs to large pharmas, the company said in a release.

Expected to open in 2022, the facility will serve as a central location where Thermo Fisher’s customers and UCSF researchers can tap into its Cell Therapy Systems (CTS) portfolio of reagents, consumables and “fit-for-purpose” instrumentation and compliant software. The CTS platform is designed to smooth the switch from research to clinical manufacturing, Thermo Fisher said.

The site will be built on leased space from UCSF. Thermo Fisher didn’t say how much it paid for the lease, and while it does plan to staff the site with new recruits, it’s too early to say how many, Stevenson said.

As cell therapies take flight in cancer treatment, the question of how to produce the personalized medicines quickly, cheaply and consistently persists. With the expectation that the field will only heat up with time, “[e]stablishing cell therapy manufacturing in such close proximity to our scientists, clinicians and patients will enable UCSF to catalyze innovation in living therapeutics and use the resulting discoveries to benefit our patients,” Sam Hawgood, chancellor of UCSF, said in a release.

Meanwhile, Stevenson says Thermo Fisher linked up with UCSF thanks to its “leadership in the newest forms of cellular immunotherapy.”

Thermo Fisher, for its part, already boasts a large cell and gene footprint in the U.S., with facilities in Massachusetts, Florida and New Jersey. In December, the company drew up plans for a new, 67,000-square-foot plasmid DNA manufacturing plant in Carlsbad, California. The site will be used to shore up clinical and commercial supply of plasmid DNA used to develop and produce cell and gene therapies for cancer, as well as mRNA vaccines, Thermo Fisher said late last year.

Across the pond, Thermo Fisher in mid-January laid out $878.2 million in cash for Henogen, Novasep’s viral vector manufacturing division.