Medtronic cautioned that the software is not FDA approved and should only be used after previous attempts to restart the pump failed. 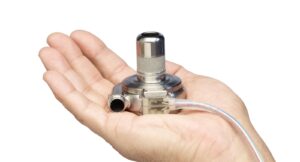 Medtronic has released an emergency software patch for its HeartWare Ventricular Assist Device after power supply problems were linked to patient deaths.

Medtronic, after learning that some of its HeartWare HVAD heart pumps failed to restart, has released a backup controller with modified software to all hospitals that request it, according to an update from the Food and Drug Administration on Monday.

While the backup controller can be used if the primary controller fails to restart the pump, the new software is not yet approved by the agency and has undergone limited testing, the company cautioned in an Oct. 13 letter to healthcare providers.

Medtronic’s HVAD system includes a pump implanted near the heart as well as a controller to manage the pump’s speed and function. The device is used in end-stage heart-failure patients who are waiting for a heart transplant. The pump supports weak left ventricles and provides additional blood flow. Medtronic pulled the device from the market in June of 2021 after multiple recalls and reports of patient deaths.

Medtronic initially limited the software update to patients in the two subgroups most affected by the problems. However, the company has made it available to any healthcare provider with a patient on HVAD support as patients outside of the two subgroups have also experienced problems with the pumps.

Since the software fix isn’t approved by the FDA, Medtronic told physicians it should only be used if the pump has stopped and the standard controller could not restart the pump.

“While the software is currently unapproved and there is very limited testing completed, some patients may have no alternative options for support if the standard controller fails to restart the pump,” the company wrote.

With a second patient, the software was less successful. After multiple attempts with a standard HVAD controller and the new controller, the pump did not restart and the patient was placed in hospice care, the company said.