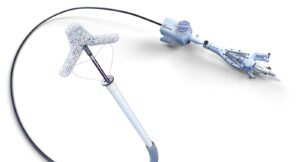 MitraClip, a treatment for mitral regurgitation, is an important part of Abbott’s structural heart portfolio. In July, Abbott CEO Robert Ford told investors that “the market still remains pretty underpenetrated and there’s a lot of opportunity for growth there,” leading him to forecast that the performance of the structural heart business will improve in the coming quarters.

Now, Abbott’s attempt to grow the franchise has run into a safety concern. Abbott estimates that the combined frequency of pre-deployment clip lock problems rose from 0.51% last year to 0.80% between February and July 2022. The company tracked an increase in post-deployment malfunction, from 0.28% to 0.50%, over the same period.

In more than 90% of pre-deployment failures and 60% of post-deployment malfunctions, the problem has had no consequences for the patient. However, there are consequences for some patients, typically the recurrence of mitral regurgitation during the procedure.

Abbott’s notice warns that an unsuccessful MitraClip procedure could potentially lead to outcomes such as cardiogenic shock and death in some patients, although the procedure success rate has remained the same even as the malfunction rate has increased. No immediate conversions to open mitral valve surgery have happened as a result of the fault, but in 0.53% of malfunctions, the persistence of disease has later led to surgery.

The affected devices are staying on the market as Abbott works to mitigate the risk and reduce the rate of malfunctions. Having identified a change in the material properties of a component as a cause of the problem, the company is working to produce new lots with updated manufacturing processing and raw material. Abbott is advising physicians to take certain actions to mitigate the risk.